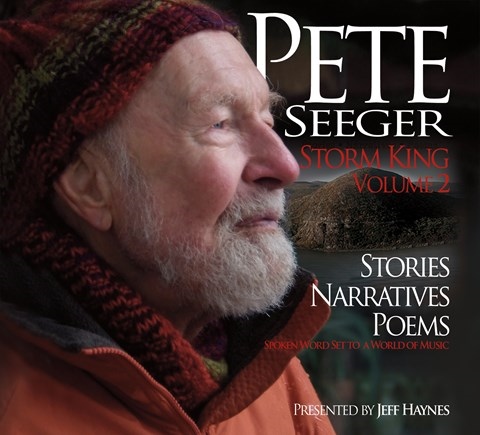 Listening to the late Pete Seeger is like chatting with an old friend. It never gets old, even though we do. Seeger's latest collection of songs and stories is a treasure. He talks about life; friends, such as Woody Guthrie and Paul Robeson; and his tireless environmental work, which he started in the 1950s—before the word even existed. Musician Jeff Haynes adds a gentle background to Pete's tales, which lead into songs. Some of the songs were written by Seeger, some by others. All the songs are performed by singers touched by Seeger's legacy. The history of the song “Danny Boy” alone is worth buying the audiobook. My only complaint about the work is that it’s way too short. Two hours and 18 minutes barely scratches the surface of Seeger's amazing career. M.S. Winner of AudioFile Earphones Award © AudioFile 2016, Portland, Maine [Published: FEBRUARY 2016]