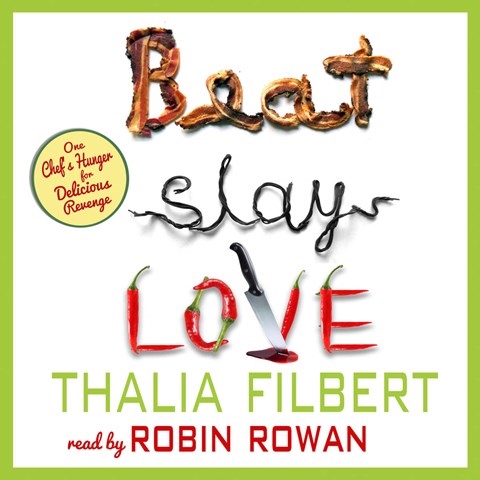 Failed chef Hannah's grudges against other gastronomes send her on a murderous rampage sprinkled with lots of sexual fantasy. Narrator Robin Rowan attempts to create voices for a large cast of characters who range from New Jersey to Texas, Maine, and Germany. She attains mixed results. Her capacity to make male and female voices clear and credible outstrips most of her regional inflections. Given the over-the-top plotting and several of the characters' unusual peccadilloes, the need for narrator energy is essential, and Rowan keeps that high and compelling. In spite of some of her awkward character enhancements, she consistently differentiates the large group of chefs, sous chefs, blogger and FBI agent, and various other types of assistants in the plot, making this a cohesive listening experience. F.M.R.G. © AudioFile 2016, Portland, Maine [Published: MARCH 2016]