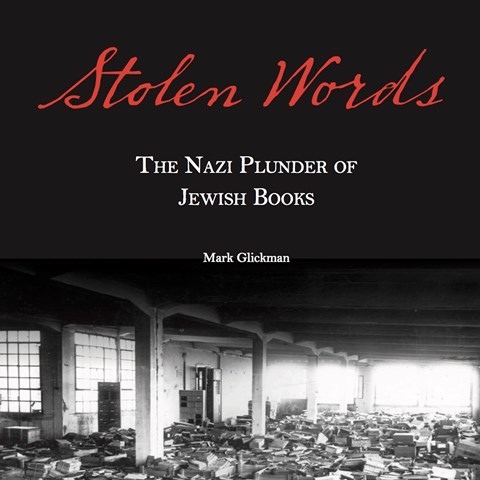 In Nazi Europe, books authored and owned by Jews were confiscated, but rather than destroying them, intellectual Nazi ideologist Alfred Rosenberg supported a system for amassing and storing the more than three million works. Rabbi Glickman's research into the fate of these public, synagogue, shul, and personal library collections is eloquently reported here in an energetically paced reading. While the author-narrator obviously is not a professional audiobook performer, he's an expert at modulating his voice to deliver complex ideas for accessible listening. The well-crafted narrative covers three eras through which the texts were stolen and subsequently redistributed by postwar U.S. Army officials, civilian archivists, and librarians. The story is enhanced by the author's personal delivery. F.M.R.G. © AudioFile 2016, Portland, Maine [Published: MAY 2016]