Home»Reviews»BROTHER HUGO AND THE BEAR 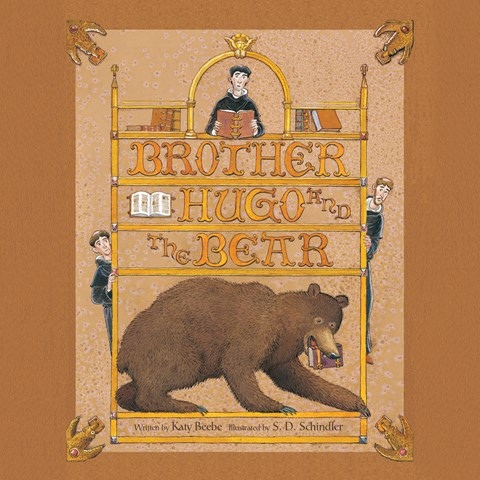 BROTHER HUGO AND THE BEAR

Gildart Jackson’s narration is full of an old-fashioned regal lilt as befits a tale set in the twelfth century in the world of monasteries, hand-copied manuscripts, and wild creatures outside the walls. Brother Hugo is mortified that a bear has eaten his library copy of the letters of St. Augustine. As he sets out to re-create the manuscript, aided by fellow monks, listeners learn about the bookmaking process from sheepskin to final clasps. Jackson adds a gentle authority as the abbot and the prior, the latter of whom reminds Brother Hugo, “Books are food for the souls of men, not bears.” Listeners will catch bemusement in Jackson’s voice as he delivers the constant stomach grumbling and lip smacking that torments the monastery all Lent long. Light background music augments the period setting. A.R. Winner of AudioFile Earphones Award, 2016 Audies Finalist © AudioFile 2016, Portland, Maine [Published: FEBRUARY 2016]