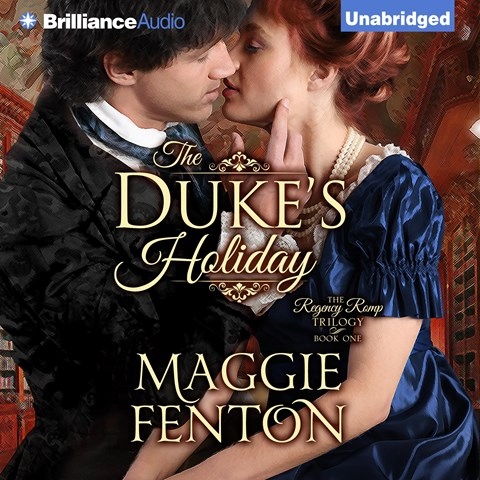 Sue Pitkin puts a lot of work into her narration, imbuing each character with a distinctive voice that matches his or her personal traits. Fenton introduces some delightfully flawed romantic leads in her debut Regency romance. The Duke of Montford discovers that his estate in Yorkshire is being run by a woman. As Pitkin differentiates characters, the voices at times are so distinct that they call attention to the performance rather than the story. This is not entirely Pitkin's fault as Fenton's characters can be over the top, and the narration merely matches them. Despite some jarring moments, Pitkin's narration is well thought-out and a good fit for Fenton's story. J.L.K. 2016 Audies Finalist © AudioFile 2016, Portland, Maine [Published: FEBRUARY 2016]