Home»Reviews»SON OF THE BLACK SWORD 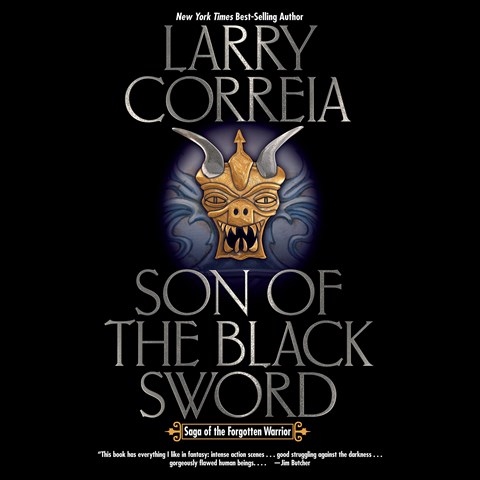 SON OF THE BLACK SWORD Saga of the Forgotten Warrior, Book 1

Tim Gerard Reynolds has quickly become a well-recognized voice in genre fiction, and this audio production makes it clear why. His deep voice and crisp English accent readily capture listeners' attention, and coupled with this is a knack for great pacing and emphasis. He also creates strong and consistent character voices that mesh well with the narrative. During the battle scenes, violent though they may be, Reynolds's tense tone and fluctuating delivery speed keep listeners engaged. When Ashok comes to discover that his past has been a lie, he and his ancient magical sword must forge a new path, but moving away from a strict regimented life proves almost as hard as overthrowing the regimes of power. L.E. 2016 Audies Finalist © AudioFile 2016, Portland, Maine [Published: JUNE 2016]