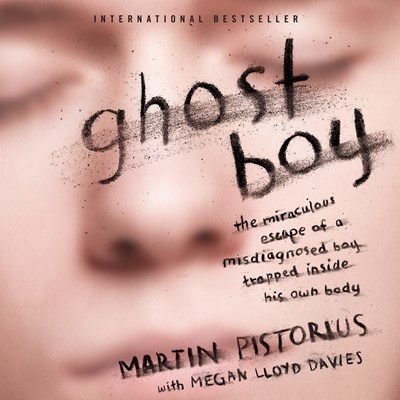 What was life like for Martin Pistorius, who spent years in a "waking coma," aware but unable to communicate? "The person inside the shell" tells his own story, voiced by Simon Bubb, with humor and a philosophical mindset. Listeners learn how he told time from sunlight and shadows and share his struggle for normalcy. Bubb's voice is wry and warm as he recounts observations from a life on the outside looking in. At times, he expresses a tone of frustration over a balky communication device or anxiety over a long-distance romance. A solemn tone voices the arguments between Pistorius's parents. The first-person account ends hopefully. His story of perseverance and family ties lets listeners into his rare world. J.A.S. 2016 Audies Winner © AudioFile 2016, Portland, Maine [Published: JUNE 2016]