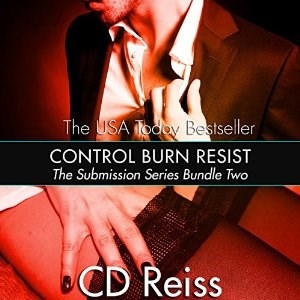 Here's another in the ever-expanding genre spawned by 50 SHADES OF GREY. Christian Fox's is a masterful male voice in hot romance. Jo Raylan is pretty good in the female lead. While the passion between them sometimes seems forced, that's more a function of the shallowness of the plot than any weakness in the narrators. Beginning each chapter by naming its featured character gets a bit tedious as there are about 40 such chapters. But small details add color to the story. For instance, the playing of a crucial phone recording sounds just as it would in real life. It's great verisimilitude interjected into a tense scene. Both narrators have good timing and pacing, so the overall story flows well. M.C. 2016 Audies Finalist © AudioFile 2016, Portland, Maine [Published: APRIL 2016]