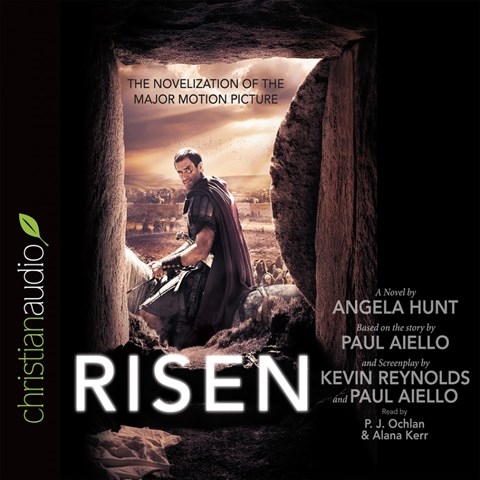 RISEN The Novelization of the Major Motion Picture

Two narrators give this audiobook clear, enthusiastic, performances as they tell the story of a Roman tribune named Clavius, who has been charged with keeping the body of Jesus hidden from radical followers after his soul has been resurrected. The story also concerns a Jewish widow named Rachel who joins Clavius on his mission. P.J. Ochlan and Alana Kerr make each point of view enjoyable to hear in their own ways. It can be slightly difficult to tell Ochlan’s dialogue voice from his prose reading, and Kerr dips her voice when reading dialogue, which detracts from scenes that are supposed to be sentimental or intense. Nonetheless, this audiobook provides great biblical context within a story that touches one’s heart and feeds one’s mind. R.K. © AudioFile 2016, Portland, Maine [Published: JULY 2016]