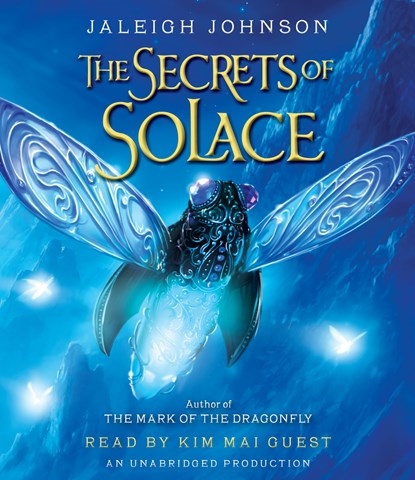 THE SECRETS OF SOLACE World of Solace, Book 2

Lina, who lives in the mountain stronghold of Solace with the archivists, learns to catalog artifacts from other worlds. Kim Mai Guest begins Lina's story with a solemn tone. But as the story progresses from adventure to adventure, Guest captures all Lina's exasperation, surprise, or excitement, especially when she befriends Ozben, heir to a warring kingdom who's hidden away for safety in Solace. Guest does a superior job rendering Lina and Ozben's budding friendship with the easy banter of those sharing secrets. The maniacal voice of the crazed assassin in the final chase scene will haunt listeners until the thrilling climax on top of the frozen mountain. M.F.T. © AudioFile 2016, Portland, Maine [Published: MAY 2016]