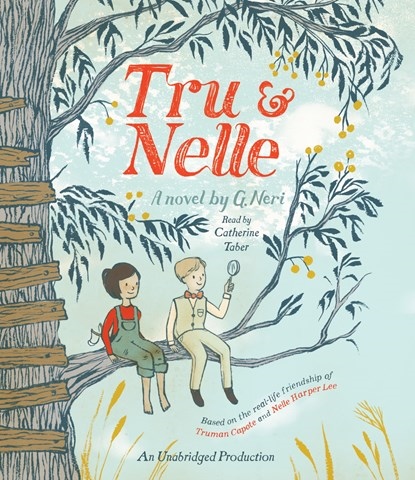 Narrator Catherine Taber's Southern accent conjures up the small Alabama town where Nelle Harper Lee and Truman Capote met as children. Taber's accent intensifies, and her timbre becomes youthful as she embodies the two young people. At the story's opening, Taber portrays tomboy Nelle with a roughness that makes it perfectly believable when Tru first mistakes her for a boy. Nelle's first impression of Tru is based on his soft tones, sailor suit, and scent of soap from New Orleans. Despite the tough start, deftly reflected in Taber's performance, the two strike up a friendship. As the duo investigates mysteries and stands up to the town bullies, Taber evokes the familiar characters as well as the menace and tenderness of Lee's later book, TO KILL A MOCKINGBIRD. S.W. © AudioFile 2016, Portland, Maine [Published: APRIL 2016]