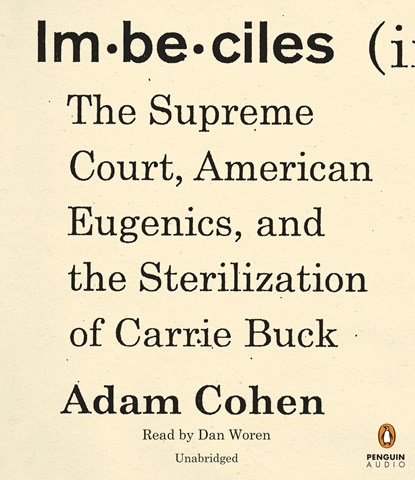 IMBECILES The Supreme Court, American Eugenics, and the Sterilization of Carrie Buck

Cohen traces the legal and philosophical history of the landmark case that legalized the sterilization of tens of thousands of Americans during the twentieth century. Carrie Buck was at the center of that case. Dan Woren's deep but gentle voice guides listeners through the complicated and baffling events that led the Supreme Court to believe that forced sterilization was legally acceptable. Woren's emphasis and timing aid listeners in understanding difficult passages. He emotionally charges the quotes when necessary, while at other times holding back to focus largely on the story. In exploring this historical tragedy, the author sometimes exhibits a tone of disbelief, which Woren projects clearly. L.E. © AudioFile 2016, Portland, Maine [Published: JUNE 2016]