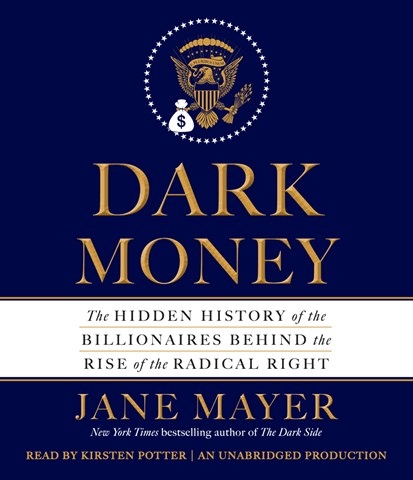 Mayer takes aim at those whose goal is to dismantle the government, all the while often profiting from it. In doing so, she provides an in-depth analysis of the work of the Koch brothers and others who have infused billions of dollars into right-wing fringe groups (for example, the Tea Party) and libertarian causes. Kirsten Potter proves to be a strong narrator who deftly moves through the often complex and nuanced passages with the right amount of speed and emphasis. Overall, she enhances the listener's understanding of Mayer's message. Avoiding impressions, she delivers quotations in a neutral voice, which works well to keep listeners focused on the author's points. L.E. © AudioFile 2016, Portland, Maine [Published: APRIL 2016]