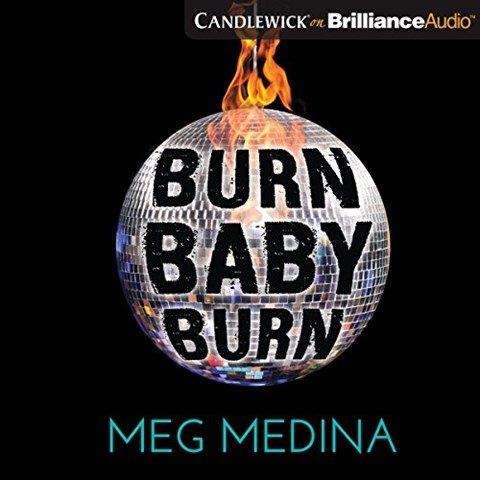 Marisol Ramirez’s narration moves fluidly from English to Spanish as she depicts 17-year-old Nora Lopez and her family. Nora’s bilingualism is only one way she aids her Cuban immigrant mother, who speaks very little English. And that’s not the only lack of communication in their home. Nora is continually criticized by her mother while her younger brother Hector, despite his ugly temper, is coddled. Ramirez’s other narrative strength comes through in her portrayal of Nora’s emotional struggles. As Hector’s violent behavior increases, Nora’s frustrations and worries escalate to fear. Tension is heightened by the story’s setting, New York City’s terrifying summer of 1977, when oppressive heat waves and blackouts and lootings are dominated by the Son of Sam murders. Overly responsible Nora struggles to come to terms with independence, love, and keeping family secrets. S.W. © AudioFile 2016, Portland, Maine [Published: APRIL 2016]