Home»Reviews»ALL THE BIRDS IN THE SKY 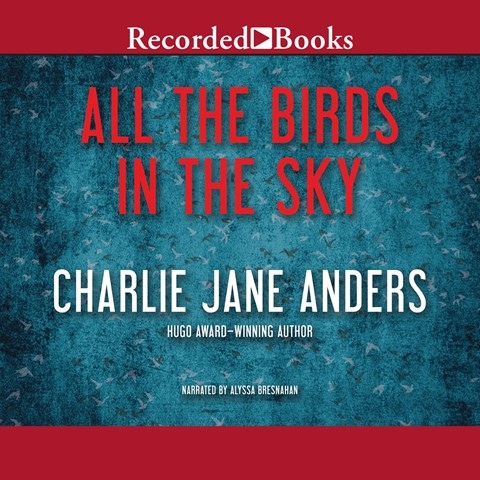 ALL THE BIRDS IN THE SKY

Narrator Alyssa Bresnahan is so good that it’s possible just to enjoy her voice and forget everything else. Luckily, this geeky, spiritual love story is strong enough to keep listeners riveted, and Bresnahan’s performance is the icing on a very tasty cake. Teenagers Patricia and Laurence are outsiders. Patricia is a tender earth spirit, a budding witch who speaks to birds, while Laurence is a techno-genius, inventor of a time-machine watch that can propel him two seconds into the future. Bresnahan controls the razor-sharp wit and clever dialogue, channeling the over-the-top characters—from Patricia’s sadistic sister to a high-ranking assassin-cum-guidance counselor and an unlikely incarnation of Mother Nature. Which will save the world from political and ecological catastrophe—science or magic? Or is it too late? S.J.H. Winner of AudioFile Earphones Award © AudioFile 2016, Portland, Maine [Published: MARCH 2016]