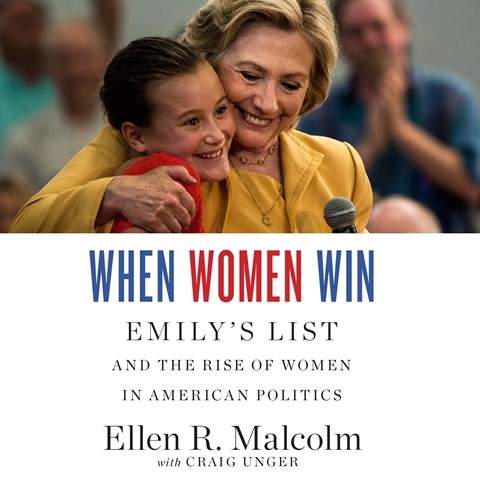 This informal history of EMILY's List recounts the rise of women in politics over the last 30 years. The main author, Ellen R. Malcolm, is the founder of EMILY's List (EMILY = Early Money Is Like Yeast), which is dedicated to electing pro-choice Democratic women to office. Narrator Cassandra Campbell effectively reflects Malcolm's relaxed style, though Campbell's cadence is occasionally measured enough to bring attention to itself. This is a great listen for political junkies--at least, Democratic ones--as Campbell takes listeners from Anita Hill's testimony during Supreme Court Justice Clarence Thomas's confirmation hearing to the rise, fall, and rise again of Hillary Clinton. The story and narration are both engaging. G.S.D. © AudioFile 2016, Portland, Maine [Published: MARCH 2016]