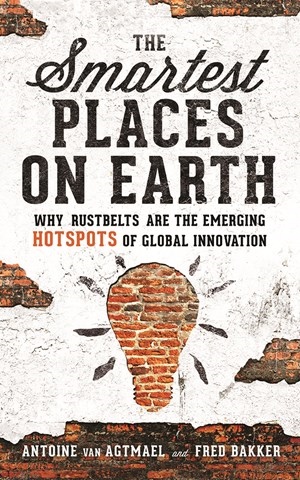 Narrator Christopher Lane projects the enthusiasm of the authors, who see a future in "brain belts," places where universities, governments, and investors team up for technological innovation. Who wouldn't be intrigued by their output-- things like smart greenhouses and particle accelerators? Examples of such places include Akron, Ohio; Raleigh/Durham, North Carolina; and Dresden, Germany. Lane does a good job of bringing listeners up to speed on ideas they may have read about briefly, such as "the Internet of Things." However, this book is meant to influence opinion on a business future the authors envision, and, as such, it sometimes bogs down as its thesis is reiterated. Even so, it's a good primer on the topic. J.A.S. © AudioFile 2016, Portland, Maine [Published: MAY 2016]