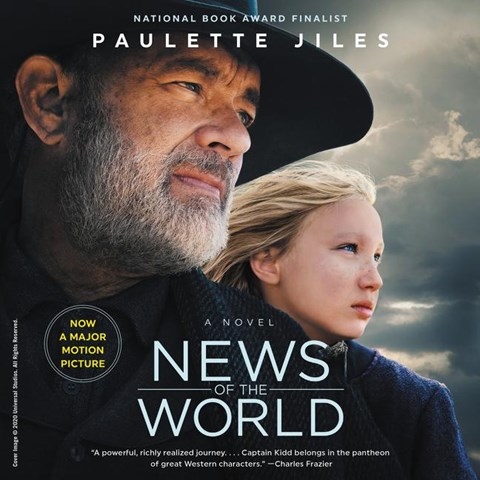 NEWS OF THE WORLD

Narrator Grover Gardner’s charming voice lends the perfect touch to Captain Jefferson Kidd, a lonely widower in 1870 Texas. Gardner smoothly portrays Kidd’s sophistication as he eloquently reads the news to settlers for ten cents a listener. Braver than he should be in his sunset years, Kidd agrees to single-handedly escort an orphan girl across 400 miles of dangerous Indian territory. Gardner tenderly portrays the 10-year-old’s resentment and gradual trust as she is torn from the Kiowa tribe who kidnapped her and slowly rediscovers her original culture and the German and English languages she once spoke. Gardner’s unpretentious narration does justice to Jiles’s often exquisite turns of phrase and graceful depictions of the ethnically diverse American West. N.M.C. © AudioFile 2016, Portland, Maine [Published: JULY 2016]