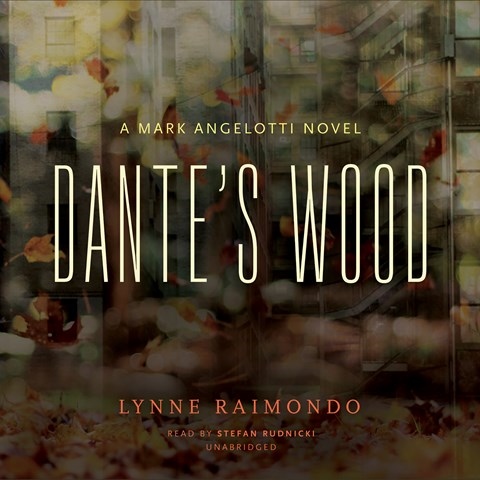 Narrator Stefan Rudnicki's basso profondo range is marvelous for conveying darkness, and there is plenty of it here. For starters, the protagonist, psychiatrist Mark Angelotti, has recently gone almost stone blind, so he must maneuver among sighted enemies as he grapples with a murder snarl that more than one blackhearted person doesn't want untangled. It doesn't help that nearly every person in this story except the developmentally delayed child falsely accused of the crime is on a scale from unpleasant to appalling. Oddly, Rudnicki has been more effective elsewhere. He fails to give the innocent boy a convincing voice, and while his pacing of this gothic plot is compelling, you still hate all the other characters. Possibly another narrator could have improved the situation. Or not. B.G. © AudioFile 2016, Portland, Maine [Published: JUNE 2016]