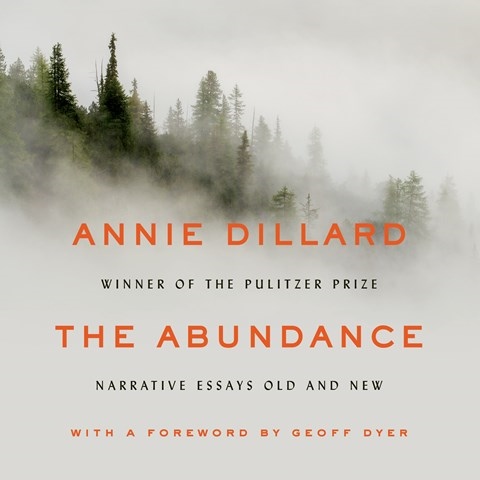 Susan Ericksen transports listeners through time in her enraptured narration of 22 of Dillard’s foremost essays culled from her marvelous nonfiction, which began with the Pulitzer Prize-winning PILGRIM AT TINKER CREEK. The structure is not chronological; instead the collection follows a metaphysical journey plotted by the author, who has thoughtfully chosen, tweaked, and juxtaposed the essays into a “novelized book of nonfiction.” Dillard’s complex spiritual, natural, and historical journeys are spelled out with clarity by the narrator. And in the discoveries expressed in “An American Childhood”—on drag racing, the decrepitude of adults, and the essence of joke-telling, in particular—Ericksen’s narration flirts with glee. A complex journey beautifully told commands listening over and over to fully appreciate its layers of meaning and lyrical storytelling. D.P.D. Winner of AudioFile Earphones Award © AudioFile 2016, Portland, Maine [Published: MAY 2016]