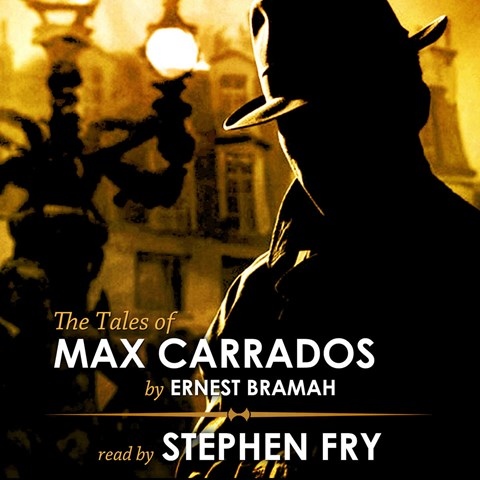 THE TALES OF MAX CARRADOS

Blind amateur detective Max Carrados is a curious and self-assured fellow--and a lucky character to be voiced by the resonant Stephen Fry, who can do tongue-in-cheek self-confidence like nobody's business. In this series of amusing and faintly fantastical short stories, written in the early twentieth century for England's STRAND MAGAZINE, Carrados (with the assistance of a sighted manservant) solves a range of Sherlock Holmesian mysteries. Unlike Holmes, however, Carrados has an overdeveloped sense of hearing and can read newsprint by touch. Fry gives Max a perfect plummy voice and has equal fun with colorful supporting characters and ne'er-do-wells. His lovely mix of realistic conversation and pacing, as well as the occasional slow wink, encourages listeners to succumb in pleasure. A.C.S. © AudioFile 2016, Portland, Maine [Published: APRIL 2016]