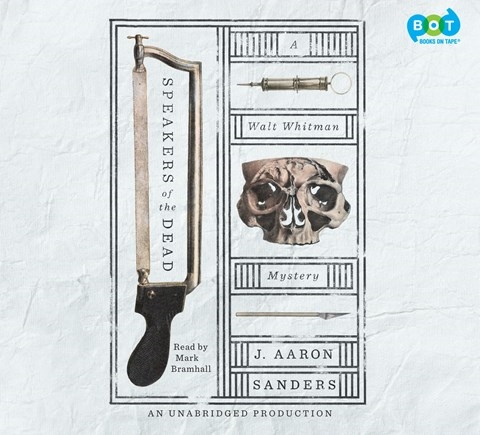 SPEAKERS OF THE DEAD

Those who think of Walt Whitman as just a poet are in for a surprise. Sanders's mystery reimagines one of America's literary giants as a detective. Mark Bramhall's performance is entrancing, grabbing the listener with an understated delivery that increases in intensity as events unfold. At its core, the book features a young Whitman's efforts to prove that a friend has been wrongly charged with murder. But the novel has many levels that highlight different traits in Whitman, and Bramhall convincingly portrays each facet of his character. He's particularly adept at conveying dialogue, defining even secondary characters with tones and inflections that complement every aspect of this thoroughly enjoyable story. D.J.S. © AudioFile 2016, Portland, Maine [Published: JULY 2016]