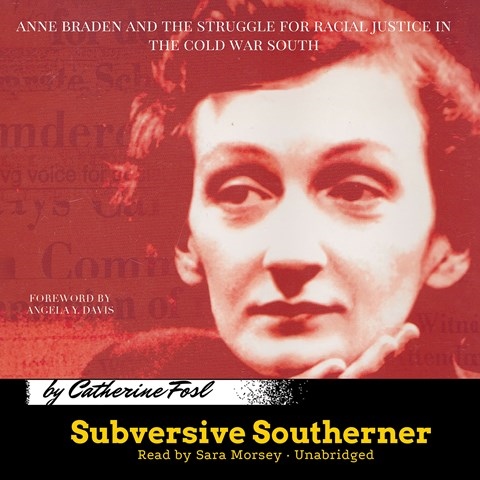 Narrator Sara Morsey's conversational style is ideal for this biography of Civil Rights activist Anne McCarty Braden. Braden was born to a privileged white Southern family but changed after observing the "Southern police state" of her time when she became a journalist. Braden is a fascinating figure who observed that Southern newspapers ignored black issues, including murder, and used the Cold War against the Civil Rights movement. Morsey uses a Southern accent only for quotes from such such figures as Civil Rights leader Julian Bond and colorful Alabama governor and activist Big Jim Folsom. Listeners will be gratified by this unique overview of Civil Rights history featuring a woman who is commended in Dr. Martin Luther King, Jr.'s "Letter from Birmingham Jail." A glimpse of Braden's family life adds poignancy to Fosi's well-researched biography. S.G.B. © AudioFile 2016, Portland, Maine [Published: JUNE 2016]