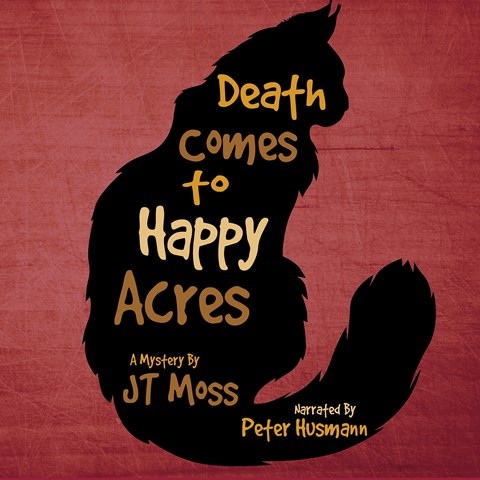 Narrator Peter Husmann energetically introduces Wade Lovett, one of the most endearing senior sleuths to grace today's mystery scene. Following his beloved wife's death, Lovett has become quite a catch in his California trailer park. But things take a nasty turn when he becomes engaged and one of his lady friends is found dead. Husmann's deft narration speaks directly to listeners. The residents of Happy Acres are distinct, appealing, and realistic as Lovett investigates the murder after he himself becomes the main suspect. Most fun is Husmann's knack for making adjectives sound just like what he's describing. Although silent, Prince Albert, the cat Lovett inherits, is a delightful companion as the story comes to its surprising--and sad--conclusion. S.G.B. © AudioFile 2016, Portland, Maine [Published: APRIL 2016]