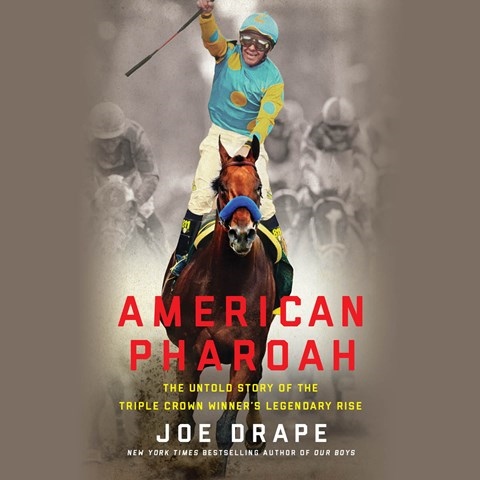 Joe Drape's writing captures the excitement of a Triple Crown run, and Aaron Abano narrates it with the breathless excitement of a racetrack announcer. American Pharoah's 2015 Triple Crown might have been an underdog story in an earlier age; an ankle scrape would have branded the colt as an iffy prospect. Science, however, told his backers that American Pharoah was a winner. Abano captures the building tension of something amazing about to happen. Listeners might actually feel Pharoah's nervousness in the din of the Kentucky Derby. Drape's passionate reporting on the business of racing and the people behind Pharoah makes for interesting listening. Abano's reading reaches listeners at a gut level that keeps going to the finish line. J.A.S. © AudioFile 2016, Portland, Maine [Published: JUNE 2016]