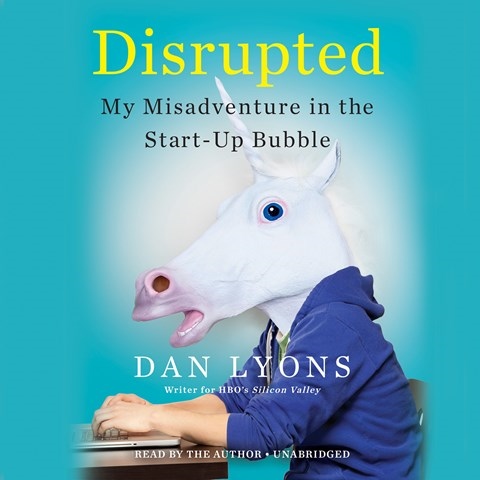 DISRUPTED My Misadventure in the Start-Up Bubble

A fascinating account of how the tech boom has upended the business world is at the center of this fast-moving and absorbing memoir by a former NEWSWEEK writer. Along with being an excellent storyteller, he's a clear and upbeat speaker with believable engagement not only with his own story but also with the larger arc of change in the worlds of advertising, marketing, and venture capital. In both his perspective and delivery, he alternates between being an intelligent outside observer and speaking as a first-person memoirist with an important piece of his life to share. He is especially good at exposing the maddening phenomena of the the digital age--such as college kids and their fraternity brothers running billion-dollar companies, insane money grubbing, unreal stock valuations--without sounding strident or condescending. T.W. © AudioFile 2016, Portland, Maine [Published: JUNE 2016]