Home»Reviews»RISE OF THE ROCKET GIRLS 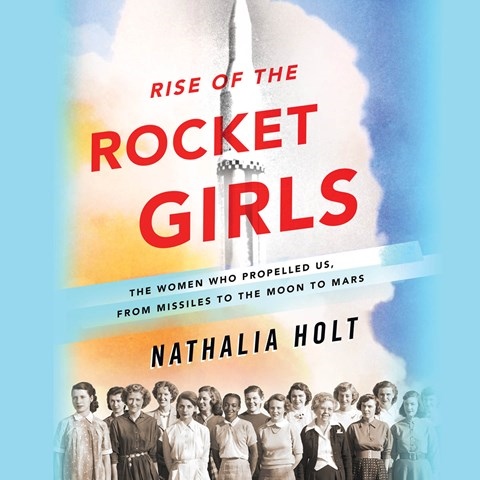 RISE OF THE ROCKET GIRLS The Women Who Propelled Us, From Missiles to the Moon to Mars

Narrator Erin Bennett does a great job reading this groundbreaking audiobook. Most histories of the rocket era during and after WWII focus on the achievements of men. This audiobook corrects that bias by telling the stories of the brilliant women, known as “human computers,” who worked at the Jet Propulsion Laboratory in California and made our space and missile defense programs possible. It’s a terrific story and well told. It’s also good history. Bennett reads at a lively pace, and her sharp, slightly nasal voice keeps the story moving. She varies her tone, and, although she doesn’t include character voices, she makes it easy to follow the action with well-timed emphases and pauses that heighten the tension in the story. R.I.G. © AudioFile 2016, Portland, Maine [Published: JUNE 2016]