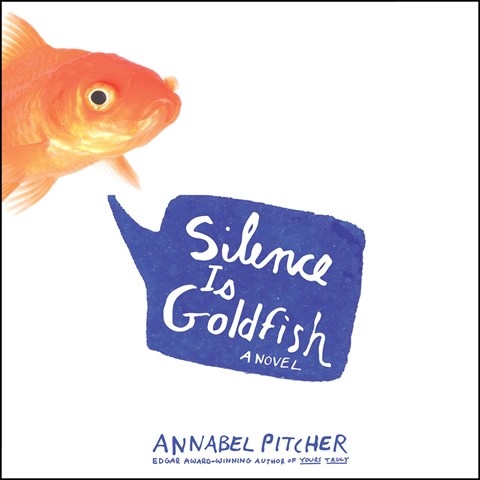 Fifteen-year-old Tess Turner saw something on her dad's computer that sent her unhappy life into a tailspin. Although she's lived her own life being less than honest with her parents, teachers, and classmates, she's devastated and angry when she discovers a lie at the heart of her family. Jayne Entwistle has the snarky voice needed for Tess's thoughts as she begins a journey to find her authentic voice while living mute in her world. However, her snarky voice would soon become tiresome were it not for the wise "voice" of the flashlight shaped like a goldfish that becomes her confidant. His patience balances Tess's self-absorption while he guides her to acceptance of herself and the world she lives in. N.E.M. © AudioFile 2016, Portland, Maine [Published: SEPTEMBER 2016]