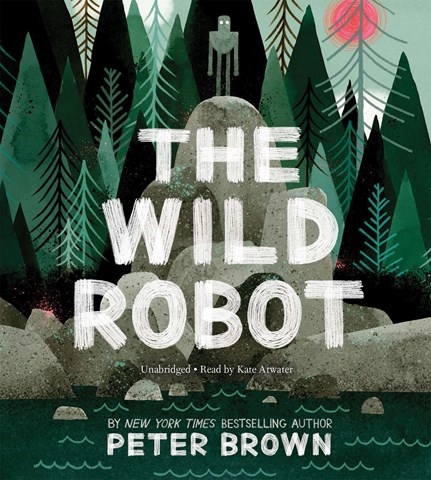 Amid sounds of crashing waves, seagulls, and otherworldly music, we meet Roz, a robot who floats ashore in working condition after her cargo ship sinks. "Hello. My name is Roz," she announces to each creature she meets. Narrator Kate Atwater maintains Roz's robotic voice throughout the book, but as Roz slowly earns membership in the island's animal community and "learns" their values, her machinelike voice gains warmth and friendliness. Atwater also provides fitting and distinctive character voices for each of the island’s delightfully named inhabitants, who include ChitChat the squirrel, TrunkTap the woodpecker, and BrightBill—Roz’s unlikely son. Even though the book has no humans, the listener will, nevertheless, ponder the nature of humans, the implications of artificial intelligence, and the meaning of being wild. L.T. Winner of AudioFile Earphones Award © AudioFile 2016, Portland, Maine [Published: APRIL 2016]