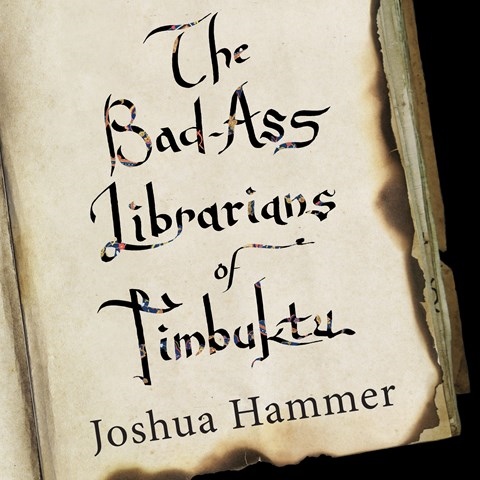 From the title, listeners might expect an action thriller featuring librarians who rescue the written heritage of Timbuktu from thieves-- and they'd be half right. Paul Boehmer reads this complex historical and journalistic account of Abdel Kader Haidara, archivist and chief protector of Timbuktu's priceless cultural heritage as he gathers together, into modern repositories, more than 350,000 Malian, Arabic, Timbuktu, and tribal manuscripts dating from the twelfth to the nineteenth century. While Boehmer's Arabic pronunciation sounds accurate to the Western ear, a native Saharan or Malian narrator would be better. When Islamic jihad arises in Mali, Haidara must find a way to protect the manuscripts from destruction. Boehmer powerfully delivers this chilling history of altruism, of survival in the face of religious fundamentalism. M.B.K. © AudioFile 2016, Portland, Maine [Published: JUNE 2016]