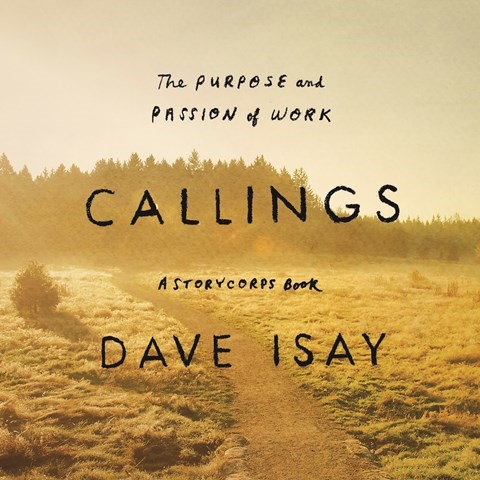 CALLINGS The Purpose and Passion of Work

Dave Isay introduces this collection of stories about finding meaning in one's work by recounting his initial calling to radio broadcasting just as he was about to enter medical school. Isay is the founder of StoryCorps, an oral history project. This recording features careers that run the gamut from landscaper to teacher of at-risk students to street corner astronomer. Isay introduces the themes, but many of the interviews are conducted by family members, friends, and brothers-in-arms. It's a format that is entertaining and fascinating. Some stories will make you weep--a former battered wife who removes tattoos from abused women for free, the medical examiner who feels a crushing burden to identify the bodies of illegal immigrants. The final narrative, almost a gut punch, describes the emotions of corrections officers who work in the execution unit of the Huntsville, Texas, prison. A.B. © AudioFile 2016, Portland, Maine [Published: JUNE 2016]