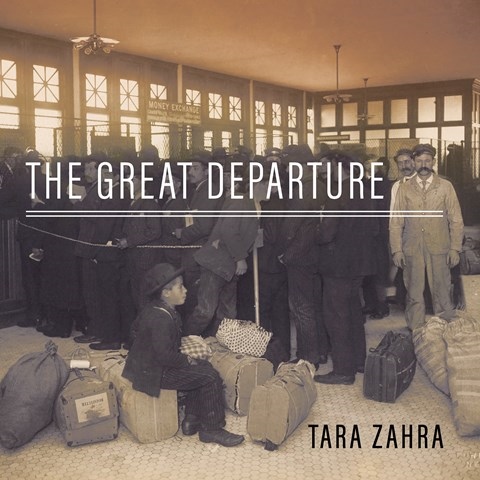 In a year when immigration is a major issue, this audiobook is especially timely and instructive. It tells the story of the greatest era of population movement the world has ever seen through personal stories and historical writing that tells why some people left and thrived and others went back to where they came from. Narrator Elizabeth Wiley approaches the material using a professorial tone and clipped diction that accentuates the history. She reads the facts well, pronounces the myriad Eastern European names accurately, and keeps the book moving. However, she doesn't provide enough emphasis on the book's personal and emotional components. While her delivery is authoritative, she misses making a connection with the listener. R.I.G. © AudioFile 2016, Portland, Maine [Published: JUNE 2016]