Home»Reviews»KING AND QUEEN OF MALIBU 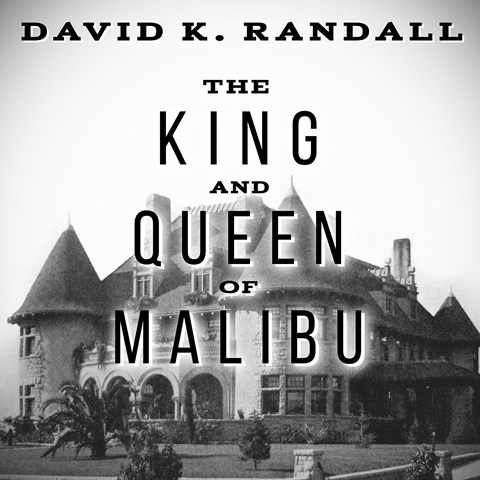 This articulate, exhaustively researched account of the wealthy Rindge family and their unlikely development of the enormous rancho encompassing all of Malibu, California, is a delight! Eric Summerer is an excellent choice to narrate the work because of his clear inflections and commanding tone. The author informs the listener of the political, social, and economic forces at work in Southern California from the 1880s forward, beginning at a time when San Francisco was the undisputed principal city of the state. This is the story of a couple from Massachusetts and their shared love of the land that only later became the home of film stars and a backdrop for Sally Field’s television show “Gidget” as well as the rock stars spotlighted by Dick Clark on “Where the Action Is.” Even those with only a passing interest in Southern California history will likely enjoy this. W.A.G. © AudioFile 2016, Portland, Maine [Published: MAY 2016]