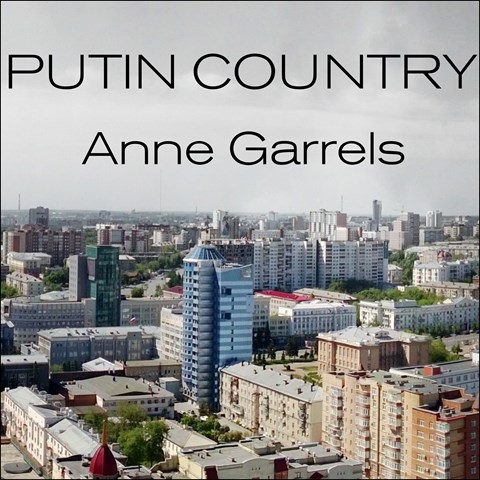 PUTIN COUNTRY A Journey Into the Real Russia

Former NPR reporter Anne Garrels, who has worked in Russia on and off for decades, delivers a terrific narration of her own fascinating look at the current state of the former Soviet Union. That state is complex and often not good. Yet with her sense of storytelling narrative and eye for detail, Garrels makes the occasionally awful tale a compelling listen. She focuses on the city of Chelyabinsk, a longtime military-industrial center a thousand miles east of Moscow, which has undergone enormous changes—good and bad—since the economic collapse of the 1990s and the rise of Putin. Garrels’s low, husky voice is pleasant, and she reads clearly and expressively at just the right pace. Whatever news she’s delivering, it’s mesmerizing. A.C.S. Winner of AudioFile Earphones Award © AudioFile 2016, Portland, Maine [Published: MAY 2016]