Home»Reviews»THE STATESMAN AND THE STORYTELLER 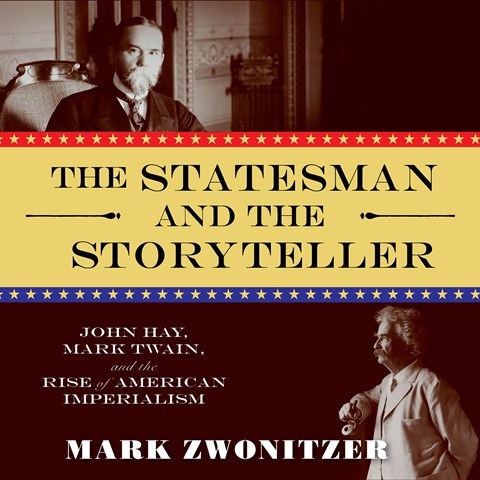 THE STATESMAN AND THE STORYTELLER John Hay, Mark Twain, and the Rise of American Imperialism

Zwonitzer follows the lives of old friends John Hay and Mark Twain as they achieved international prominence late in life, also paying significant attention to Theodore Roosevelt. Narrator Joe Barrett's strength is his skill in expressing the sense of the text and telling the story naturally. His voice is curiously husky, almost hoarse, at times sounding strained, but that doesn't distract or impede his ability to tell the story or to indicate different speakers, such as Twain, or Britons, or women. His accents, though somewhat unconvincing, at least serve as indicators (of national origin, etc.); his best effort is the slight drawl he gives to Twain. Overall, Barrett's intelligence and ability to control expression and pacing keep this history pleasantly listenable throughout. W.M. © AudioFile 2016, Portland, Maine [Published: AUGUST 2016]