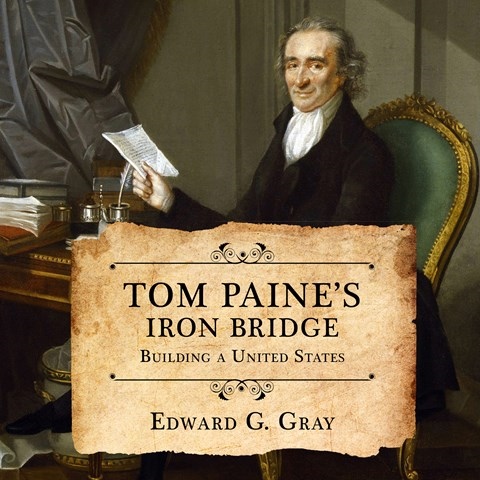 Gray's brief audiobook shows Thomas Paine's part in two revolutions, the American and the French, but focuses on his attempt to build iron bridges of his own innovative design, especially one across the Schuylkill River in Pennsylvania. Tom Perkins gives a solid reading, well paced and adept at clearly rendering the sense of the text through his inflections and shaping of sentences. He gives quotations more volume and force than other text, which makes the people quoted seem overwrought, and at times his breathing is distractingly audible. Perkins elongates some vowel sounds that oddly interrupt this standard American accent. Still, his reading is basically intelligent and sturdy, conveying the text effectively. W.M. © AudioFile 2016, Portland, Maine [Published: JUNE 2016]