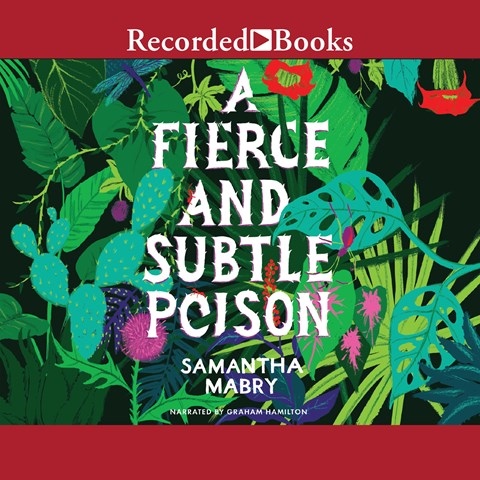 A FIERCE AND SUBTLE POISON

Mabry's debut novel is as unique and mysterious as Puerto Rico, where it's set. Narrator Graham Hamilton ably portrays 17-year-old Lucas Knight, the privileged mainlander who has spent every summer since he was 10 on the island while his father looks for new sites to develop. Hamilton gives Lucas the detached voice of kid who may have all the material advantages but knows he will always be an outsider among the group of locals he hangs out with. When girls begin to disappear and the mysterious house at the end of Calle Sol seems to hold the answer, Lucas has the objectivity to combine physical evidence and local lore to uncover the truth. N.E.M. © AudioFile 2016, Portland, Maine [Published: JUNE 2016]