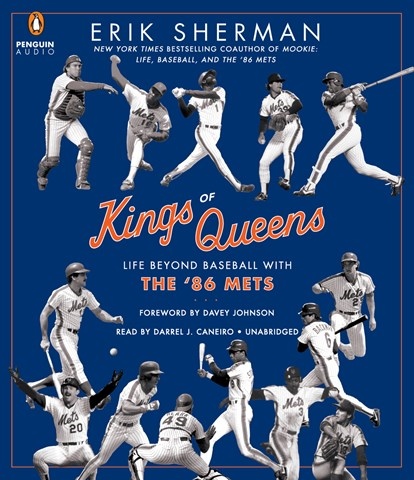 KINGS OF QUEENS Life Beyond Baseball with '86 Mets

Many books have been written about the 1986 Mets, and it's not a bad thing. Erik Sherman travels to see many of the players on this special team, which won the World Series through grit, talent, and team chemistry. Narrator Darrel J. Caneiro guides each segment well. He doesn't imitate anyone, and emotions are mostly kept in check, but that's OK. Both narrator and subject are clear in each chapter, and it's a great ride--sometimes serious, occasionally sad, full of poignant moments and memories. It would be hard to screw up the narration of any book regarding this bunch. Even if the Mets aren't your favorite team, it's a great listen, well reported and clearly narrated. M.B. © AudioFile 2016, Portland, Maine [Published: MAY 2016]