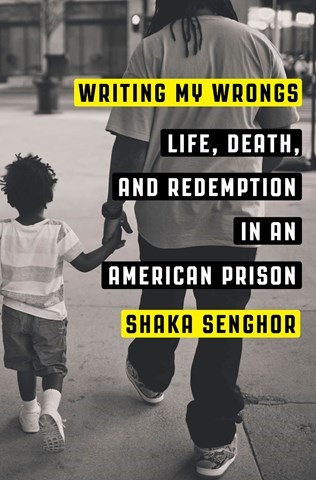 WRITING MY WRONGS Life, Death, and Redemption in an American Prison

What makes this audiobook most enjoyable is its unique combination of story and the author's narration. While serving 19 years in a U.S. prison--accumulating 36 misconducts, assaulting an officer, and spending 7 years in solitary confinement--Senghor underwent a transformation that ultimately led to his release. This story is about forgiveness and healing. Senghor's timbre is thick and heavy, and he speaks ardently and clearly as he talks about being a black man in the volatile environments of the prison system and the streets. He gives a detailed account of his life, and it is uncomfortable. His tone is most often gruff and direct, but there are warm moments, especially when he speaks of being in love. This is a moving audiobook because it's the narrator's own story. T.E.C. © AudioFile 2016, Portland, Maine [Published: JUNE 2016]