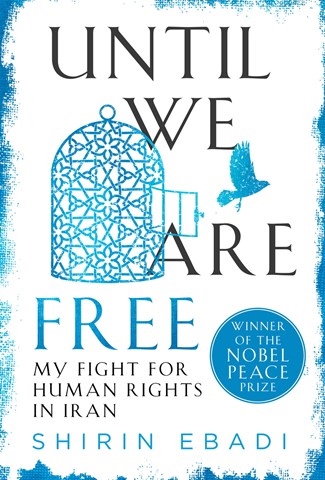 UNTIL WE ARE FREE My Fight for Human Rights in Iran

This harrowing true story is narrated in a raspy, deep voice by Shohreh Aghdashloo. Her sombre tone is fitting for the story of Iranian Shirin Ebadi, the first female Muslim Nobel laureate, who is struggling against her country's totalitarian regime. Her determination to fight for justice is harrowing and heroic. She persists against death threats, familial betrayals, and professional ruin. Aghdashloo delivers the particulars of these ups and downs in a voice tinged with grief but buoyed by a undertone of firm resolve. She reads with feeling the mounting personal danger against Ebadi. The listener is engaged in the gritty details of the sexism encountered by the former judge, who is demoted to law clerk and subsequently finds her way as a peaceful dissenter. M.R. © AudioFile 2016, Portland, Maine [Published: MAY 2016]