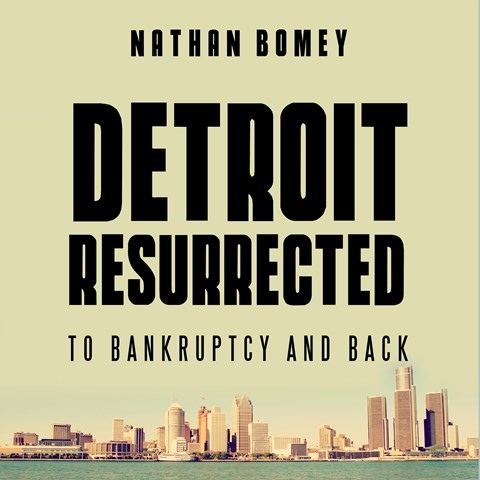 DETROIT RESURRECTED To Bankruptcy and Back

Narrator Jonathan Yen's deep, authoritative voice matches the factual tone of this audiobook, but he also varies his pitch to make it an interesting listen. He moves through the material deliberately, so we can digest the myriad acts, actions, bills, and legal contretemps that accompanied the city's long, but ultimately quick, slide into fiscal decline. There's nothing very notable about Yen's delivery, but he does what the author requires of him--he respectfully tells an interesting story about a town that fell on hard times while emphasizing the key facts and ideas that led to its current attempt at a renaissance. R.I.G. © AudioFile 2017, Portland, Maine [Published: FEBRUARY 2017]