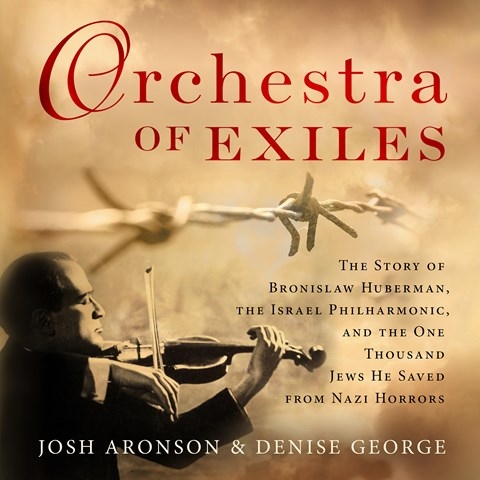 ORCHESTRA OF EXILES The Story of Bronislaw Huberman, the Israel Philharmonic, and the One Thousand Jews He Saved from Nazi Horrors

Gifted violinist Bronislaw Huberman enjoyed worldwide acclaim in the early twentieth century. Foreseeing the rise of fascism in Europe and the potential cost for Jews in the early 1930s, he recruited Europe's best Jewish musicians and persuaded them to move to Palestine, where he formed one of the world's great orchestras. Tom Zingarelli offers his usual solid narration of this book, which chronicles Huberman's effort. His pleasing voice carries listeners along, and his facility with European names makes it easy to keep characters straight. The only weakness is in the book itself. The virtuoso's early life is presented in such detail that some listeners may be tempted to give up before getting to the thrilling later chapters involving the entire orchestra. R.C.G. © AudioFile 2016, Portland, Maine [Published: SEPTEMBER 2016]