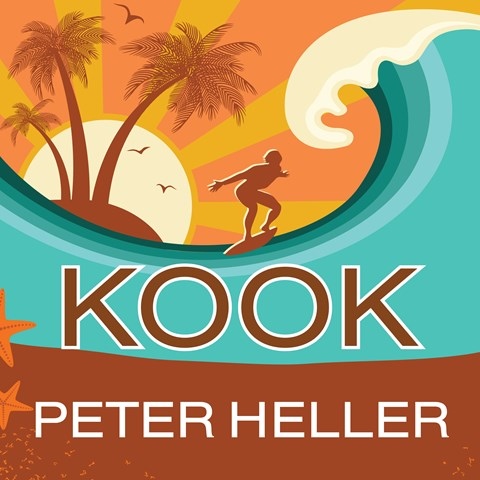 KOOK What Surfing Taught Me About Love, Life, and Catching the Perfect Wave

Narrator Mike Chamberlain gives a staid performance of this memoir about writer Peter Heller's introduction to surfing in his 40s, an undertaking that eventually led him to devote a full year to his quest to become an adept surfer. Heller meets a lot of colorful characters when he and his girlfriend, Kim, take off in a converted van to spend a year along the Pacific Coast in California and Mexico. Chamberlain gives each character an accent or slight change in tone. But the focus is always on the story itself, which explores Heller's journey while also delving into the history of surfing, environmental issues, the nature of obsession, and finding meaning in life. A.F. © AudioFile 2016, Portland, Maine [Published: JULY 2016]