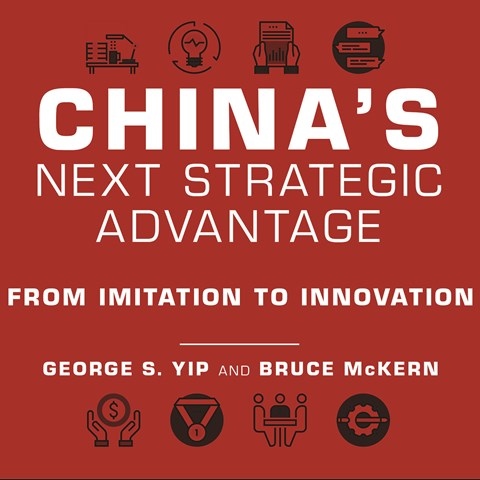 CHINA'S NEXT STRATEGIC ADVANTAGE From Imitation to Innovation

This audiobook details how China's economy will likely evolve into one that is going to innovate its way to being the largest in the world. China has so far been successful at making products more cheaply by, in some cases, cutting corners and compromising safety. The authors argue that once China begins to transform, the West had better learn how to change its thinking and strategies if it wants to benefit from China's growth. Narrator Derek Perkins takes what could have been a dry tome by two economics professors and makes it a vibrant story that modern businesspeople can ill afford to ignore. Perkins's silky British accent lends authority and heft to the book, and his pacing and pronunciations are impeccable. Perkins is also able to vary his pitch and tone to keep the book engaging. R.I.G. © AudioFile 2016, Portland, Maine [Published: AUGUST 2016]