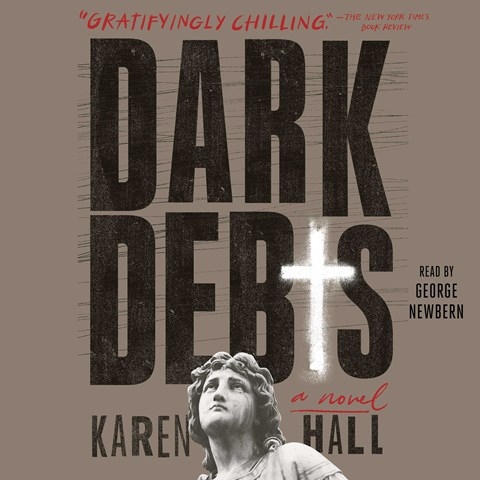 Narrator George Newbern's unhurried, soothing tone draws listeners into this disturbing story of demonic possession and Satanic worship in Georgia. The Landry family seems cursed: Both parents committed suicide, and three out of four sons have died, one of whom was a mass murderer. Randa, an LA journalist and the ex-girlfriend of the third brother to die, tracks down Jack, the last surviving Landry. Jesuit priest Michael Kinney is battling his demons, too, as the three come together in an attempt to vanquish demons real and metaphorical. Newbern is an accomplished narrator whose characters become real through the smallest vocal inflections. DARK DEBTS is a compelling listen. C.A.T. © AudioFile 2016, Portland, Maine [Published: APRIL 2016]