Home»Reviews»LEGEND OF THE GALACTIC HEROES, VOL. 1 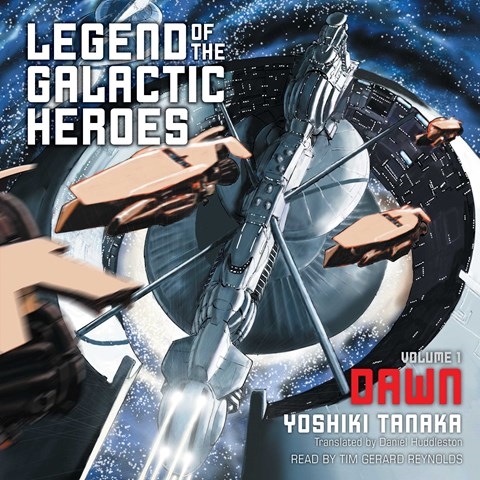 This is a small slice of Tanaka's massive science-fiction series, which includes 10 novels and numerous short stories. Narrator Tim Gerard Reynolds infuses the work--which is mostly narrative--with sarcasm, humor, and arrogance. Reynolds's smart British accent sounds charming amid the characters and places with Germanic-sounding names, odd for a Japanese story. There are several heroes of the novel, men who are on opposite sides of an intergalactic war, each believing his side is right. Reynolds shows a particular affection for Yang Wen-li, an officer of the Free Planets Alliance known for his brilliant methods. Also rendered well is his opposite, Reinhard von Lohengramm, the spoiled commander of the Galactic Empire, who is efficient but lacks imagination. M.S. © AudioFile 2016, Portland, Maine [Published: AUGUST 2016]