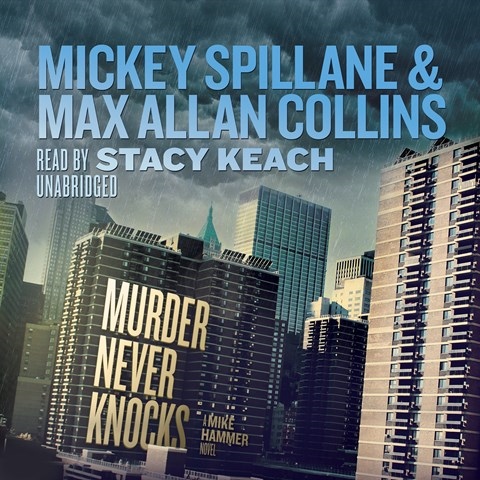 In his latest adventure, set in the late 1960s, aging P.I. Mike Hammer is forced to take on a master hitman with a death wish. (Spoiler alert: Bad guys, be careful what you wish for.) Actor Stacy Keach, after decades of portraying Hammer in various media, has become one with the cynical loner detective. Keach's weary tone and raspy timbre are especially suited for this yarn in which Hammer is (mistakenly) treated like a has-been by cops, crooks, and lovers. Billed as a collaboration between the late Mickey Spillane and his literary executor, Max Allan Collins, the book is true to Spillane's hard-boiled writing style. Those who are new to the series may find Hammer's guilt-free killing to be borderline sociopathic, but diehard fans know that when it's Hammer-time, there's no room for political correctness. R.W.S. © AudioFile 2016, Portland, Maine [Published: JUNE 2016]