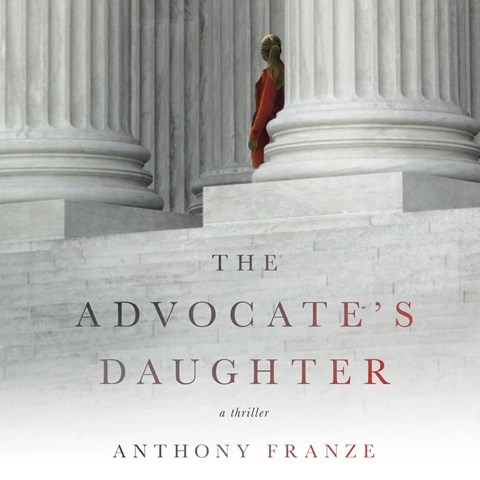 Events from 30 years earlier collide with the present when the daughter of Sean Serrat, who is rumored to be a candidate for the Supreme Court, is found brutally murdered in the Court's library. Robert Petkoff, a prolific and accomplished narrator, masterfully unfolds this smart, suspenseful, nail-biter of a whodunit. Petkoff's deep, versatile voice is mesmerizing. He is equally adept portraying Serrat, a man in his prime; his determined wife, Emily; and their computer-savvy son, Ryan. Petkoff gives equally convincing portrayals of secondary characters, regardless of gender or age. Combined with Petkoff's fine acting skills, this clever story draws you in, wrings you out, and holds you tight, until the very last word. A.C.P. © AudioFile 2016, Portland, Maine [Published: MAY 2016]