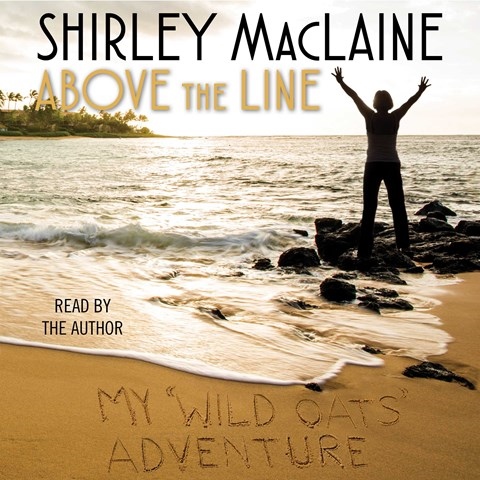 ABOVE THE LINE My Wild Oats Adventure

This is an altogether convoluted recollection of an exceptional time in the recent past when actress MacLaine filmed WILD OATS in the Canary Islands. This independent film, which proceeded without clear-cut financing, is a jumping-off point for MacLaine's reflections on distant past lives in this geographical region, which is generally believed to include the long-lost continent of Atlantis. MacLaine's narration is a bit weak in volume, intonation, and organization, distinctly different from recent efforts. Additionally, the style of the writing could best be described as stream of consciousness. This is a disappointment because, despite fascinating insights into the financing of films today, MacLaine's trademark sense of humor seems scarce, even absent. W.A.G. © AudioFile 2016, Portland, Maine [Published: JUNE 2016]