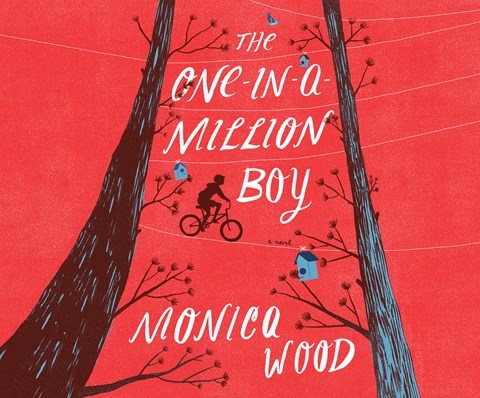 Ona Vitkus is 104 years old and something of a loner. Narrator Chris Ciulla adopts a slight accent to illustrate her Lithuanian roots and adds a slight tremulousness to his timbre so that Ona sounds old but still spry and spirited. Ona forms a friendship with an 11-year-old Boy Scout who is assigned to do chores on her property. The boy is obsessed with Guinness records and talks her into trying to become the oldest person in the world. Ciulla's open performance and slightly hurried pacing for the boy perfectly translate his unfiltered but sweet nature. After the boy dies, his father, Quinn, an itinerant musician, takes over the chores. Ona and Quinn's unlikely bond helps Quinn understand his unusual son. Quinn didn't always fulfill his parental responsibilities but Ciulla makes his fundamental decency and kindness clear to the listener. A.B. © AudioFile 2016, Portland, Maine [Published: MAY 2016]